CENTURY 21 Colonial Realty Inc. recently celebrated the success of over half of their agents and the office at an annual awards gala for real estate sales in 2021 from CENTURY 21 Canada.

REALTORS winning awards in the office include:

CENTURY 21 Colonial Realty Inc would like to thank their past clients, staff, and agents for their business and their loyalty and look forward to providing “The Gold Standard in PEI Real Estate” in 2022. Also, they would like to thank Claddagh Oyster House for hosting the annual award event with a delicious meal and top-notch hospitality. 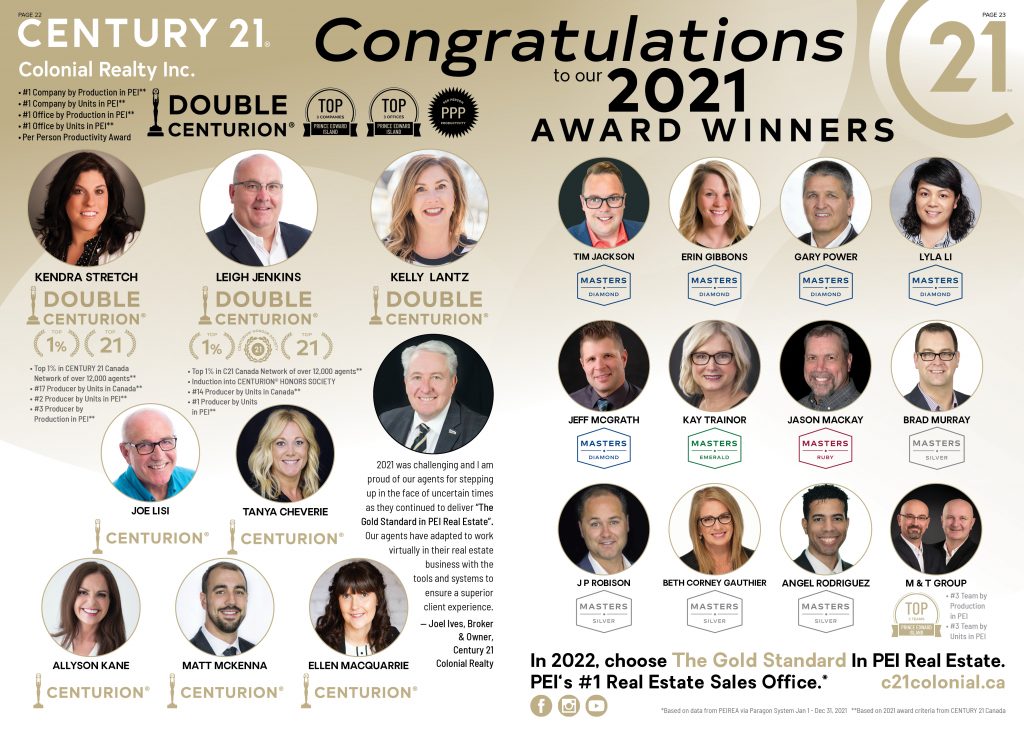