Charlottetown, PE (October 18, 2022) – Coltin Handrahan, Owner of Stay Golden Custom, is the recipient of the Greater Charlottetown Area Chamber of Commerce’s first annual Rising Entrepreneur Award. The award, sponsored by Innovation PEI, was presented at the Chamber’s 2022 Small Business Week Business Builder Luncheon: Power Up for Growth on Tuesday, October 18, at the Confederation Centre of the Arts.

With operations based out of Hunter River, Handrahan aims to create high-quality employment in a rural area of PEI. Stay Golden Custom works with clients across Canada to create custom clothing and merchandise lines for businesses, teams, and brands, such as the Prince Edward Island Brewing Company, The Handpie Company, ADL, and the Startup Zone.

Handrahan originally launched Stay Golden in 2012 with some friends during high school as a retail clothing line. After purchasing the entire company a year later, he continued running the business through his time at Holland College. In 2014, he made the leap to develop Stay Golden from a side hustle into a full-time business.

For the past two consecutive fiscal years, Stay Golden Custom’s sales have grown more than 75% per year, allowing Coltin to upgrade his systems, technology, and operating process to produce a higher volume of product. Stay Golden is also undertaking an expansion to double its facility’s square footage.

“I’m really appreciative of this community’s support over the past 10 years as we’ve grown, and I’d like to thank my parents for being my biggest supporters and role models,” said Handrahan.

This award reflects the Chamber’s commitment to spark economic growth in PEI by promoting and encouraging entrepreneurship. The prize includes $2,500 cash, along with a complimentary one-year membership from the Chamber and quarterly mentorship opportunities with Innovation PEI.

“Young entrepreneurs are critical to the growth and vitality of the business community in PEI. We need more young people, like Coltin, to take risks and start a business,” said Bill DeBlois, President of the Greater Charlottetown Area Chamber of Commerce. “On behalf of the Chamber, we congratulate Coltin on receiving this award, and we wish him continued success.”

The Rising Entrepreneur Award will be presented each year to an entrepreneur 30 years old or younger. A panel of judges reviews the applications and interviews applicants to determine the finalists and recipients each year.

The Chamber will be accepting applications for the 2023 Rising Entrepreneur Award in September 2023. 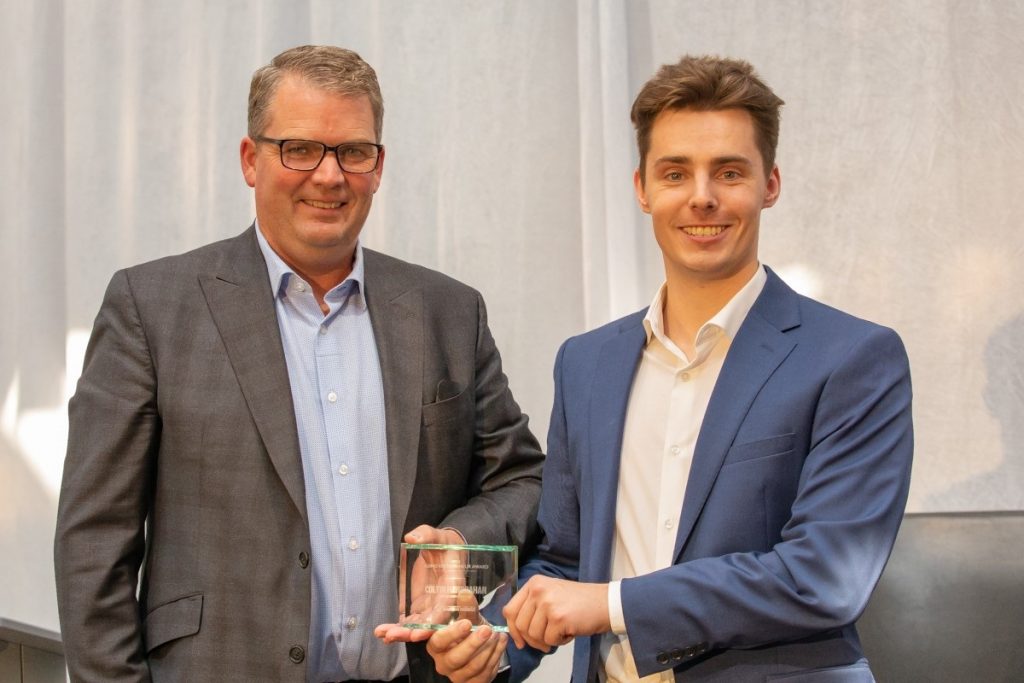 About The Chamber:
The Greater Charlottetown Area Chamber of Commerce connects business and community and is PEI’s largest business advocacy organization with more than 1,100 members. For more information on the Chamber, visit www.charlottetownchamber.com.