Confederation Centre of the Arts is pleased to share the announcement that Emily Smith has joined its team in the role of Major Gifts Officer, where she will draw on both her experience working in the arts and in fundraising. She will play an integral role in the Development Team of the Centre as they plan for exciting years ahead.

Emily spent three years in the Office of Development and Alumni Relations at McGill University and a further four years in the Office of College Advancement at Holland College, before becoming the Executive Director of Victoria Playhouse, following in the footsteps of her parents Pat and Erskine Smith, the founding General Manager and Artistic Director of the Playhouse. She is an alumna of both UPEI, where she graduated with a Bachelor of Arts with Honours in English, and Concordia University, where she received her Master of Arts in English.

Emily is a passionate advocate for the arts, even in her spare time! She lives in Augustine Cove with her husband Derrick and son Adam and likes to unwind with crime fiction and running, sometimes, thanks to audiobooks, at the same time. 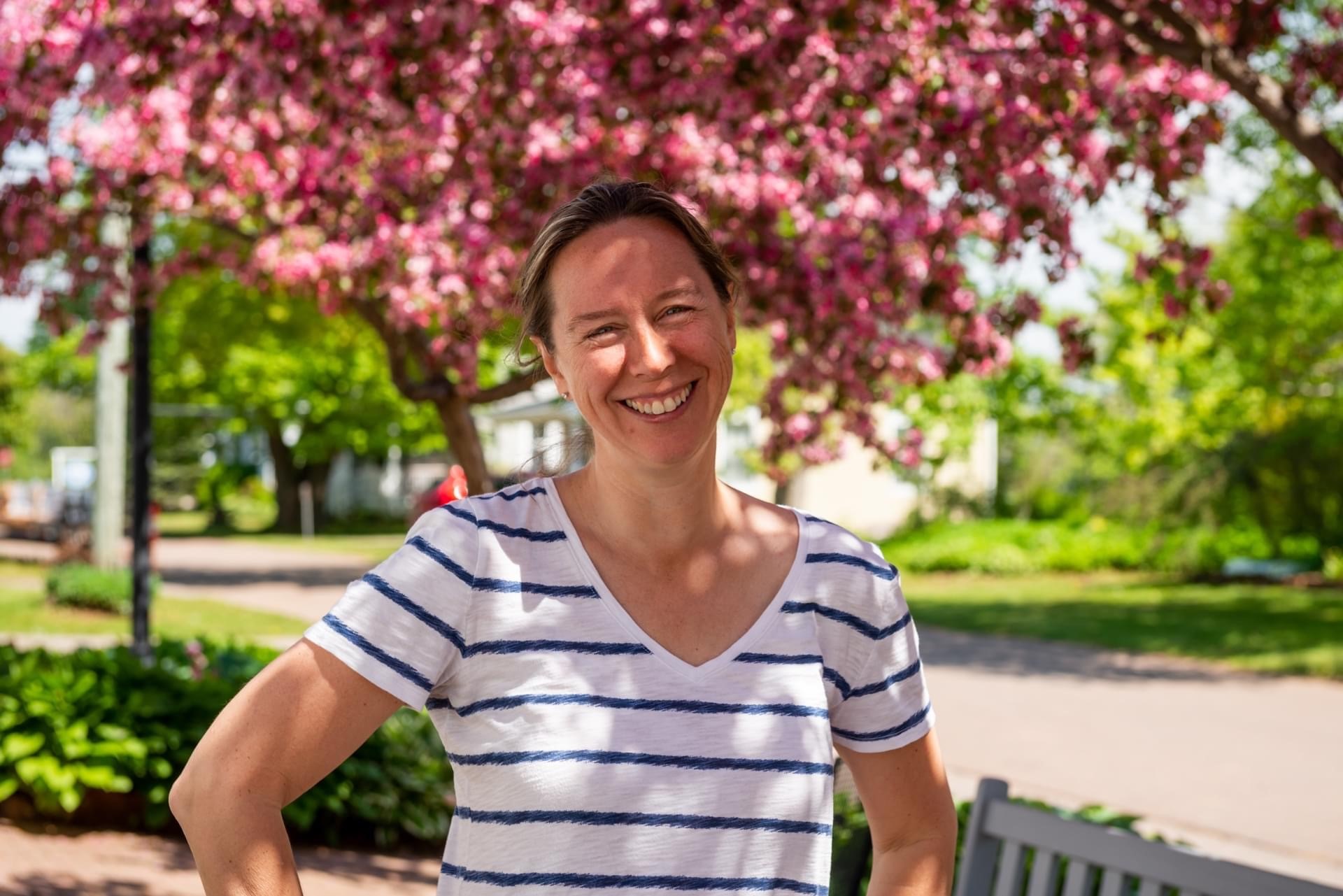