Charlottetown, PE (December 6, 2021) – The Greater Charlottetown Area Chamber of Commerce will recognize Gary Rayner as the 2022 Entrepreneur of the Year at the President’s Excellence Awards gala on January 26, 2022. Sponsored by Provincial Credit Union, the President’s Excellence Entrepreneur of the Year Award recognizes the accomplishments and entrepreneurial spirit of an individual in the community. The winner is selected each year by the Chamber’s Executive Committee.

“Gary exemplifies someone with an entrepreneurial spirit. Through both his personal business pursuits and his engagement and efforts as a community volunteer, Gary has contributed to the success of the Island economy, particularly in the area of tourism and hospitality,” said Barb Smith, President with the Greater Charlottetown Area Chamber of Commerce. “We thank Gary for his contributions over a career that spanned forty years and are pleased to recognize him as the President’s Entrepreneur of the Year for 2022.”

Gary was involved in PEI’s tourism and travel industry for over four decades. He made his debut in 1973 with Linkletter Travel in Summerside and was the owner and manager of The Travel Store, known initially as Island Travel, for 40 years. In its prime, this business operated seventeen locations in three Atlantic provinces.

Gary recalls enjoying every day of his working life helping people actualize their travel dreams before his retirement in 2019. For this, he credits the knowledgeable and dedicated team he had the honour of working with over the years. Leading group tours to many places around the world, including organizing an annual golf tournament to Florida and beyond for over 25 years, was one of the many highlights of Gary’s work. Gary was also involved in the early stages of the cruise ship industry on the Island, having established a variety of land tours for visitors arriving at the Port of Charlottetown. For over 30 years, Gary also owned By The Bay Cottages in Stanhope.

Gary has served on the Airport Authority Board and watched as PEI’s local services grew. He also volunteered with other organizations including the Charlottetown Rotary Club, Holland College, and the Greater Charlottetown Area Chamber of Commerce.

Gary and his long-term business partner, Peter Norton, own and manage a number of apartments around the City of Charlottetown, including the historic Dundas Terrace where Gary now resides with his wife, Lynda.

In the summer and fall months, Gary enjoys spending time with family and friends at his cottage in Rustico, gardening and taking in as much golf as possible.

“I am honoured to be the recipient of the Chamber’s Entrepreneur of the Year award,” said Gary. “Helping people make their travel dreams come true has always been a privilege.” 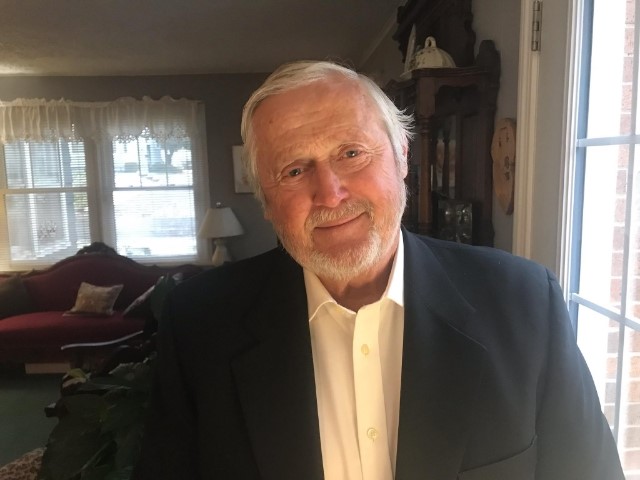