The Greater Charlottetown Area Chamber of Commerce Board of Directors are pleased to welcome Interim CEO Gerard Adams to the Chamber team. Gerard will be covering a 10-month maternity leave for Chamber CEO Penny Walsh-McGuire from November 2019 to September 2020.

A native of St. John’s, Newfoundland and a graduate of Memorial University, Gerard has more than 30 years of senior-level experience with various Atlantic Canadian organizations, including most recently a five-year term as President and CEO of WorkSafeNB. Prior to this, he served six years as President and CEO of Credit Union Central of New Brunswick and has also held senior positions with Newfoundland Liquor Corporation, Credit Union Stabilization Fund of New Brunswick, Optipress Inc. and Transcontinental Media.

Gerard was admitted to the Institute of Chartered Accountants in 1981 and completed his ICD.D designation in 2015. He and his wife Joan have two children and three grandchildren.

“We’re pleased to have someone with Gerard’s knowledge and background joining our talented Chamber team during this period,” said Dawn Binns, Chamber President. “We know that member needs will continue to be served under his leadership.” 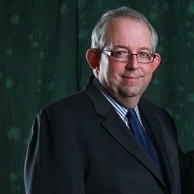