Stewart Travel Group raised $51,300 for Stars for Life Foundation for Autism, thanks to their guests on two full-charter river cruises the company hosted in 2022.

Travis and Paula Stewart, co-owners of Stewart Travel Group, first hosted an exclusive charter Seine River cruise in France in late April. The cruise featured special musical guests; award-winning singer-songwriter Jim Cuddy of Blue Rodeo, fiddler Anne Lindsay, and Cuddy’s sons, Sam Polley and Devin Cuddy. Guests on the cruise could purchase tickets for a chance to sit down at an intimate dinner with the artists.

“I knew it was going to be a success on the first day; folks were just lining up to buy the tickets,” Travis recalled of the fundraiser in April. “We quickly hit our initial goal of $5000, and we just kept going from there.”

Repeating the winning formula with the same artists on a Danube River cruise in October, the fundraising tally was a remarkable $35,800. Carolyn Bateman, President and Co-Founder of Stars for Life, was pleased to accept the cheque in November from the Stewarts. The foundation plans to build two small option homes in the near future, to allow adults with autism their independence, coupled with support from Stars for Life staff. Bateman noted that the money would be helpful in paying for furnishings and appliances. 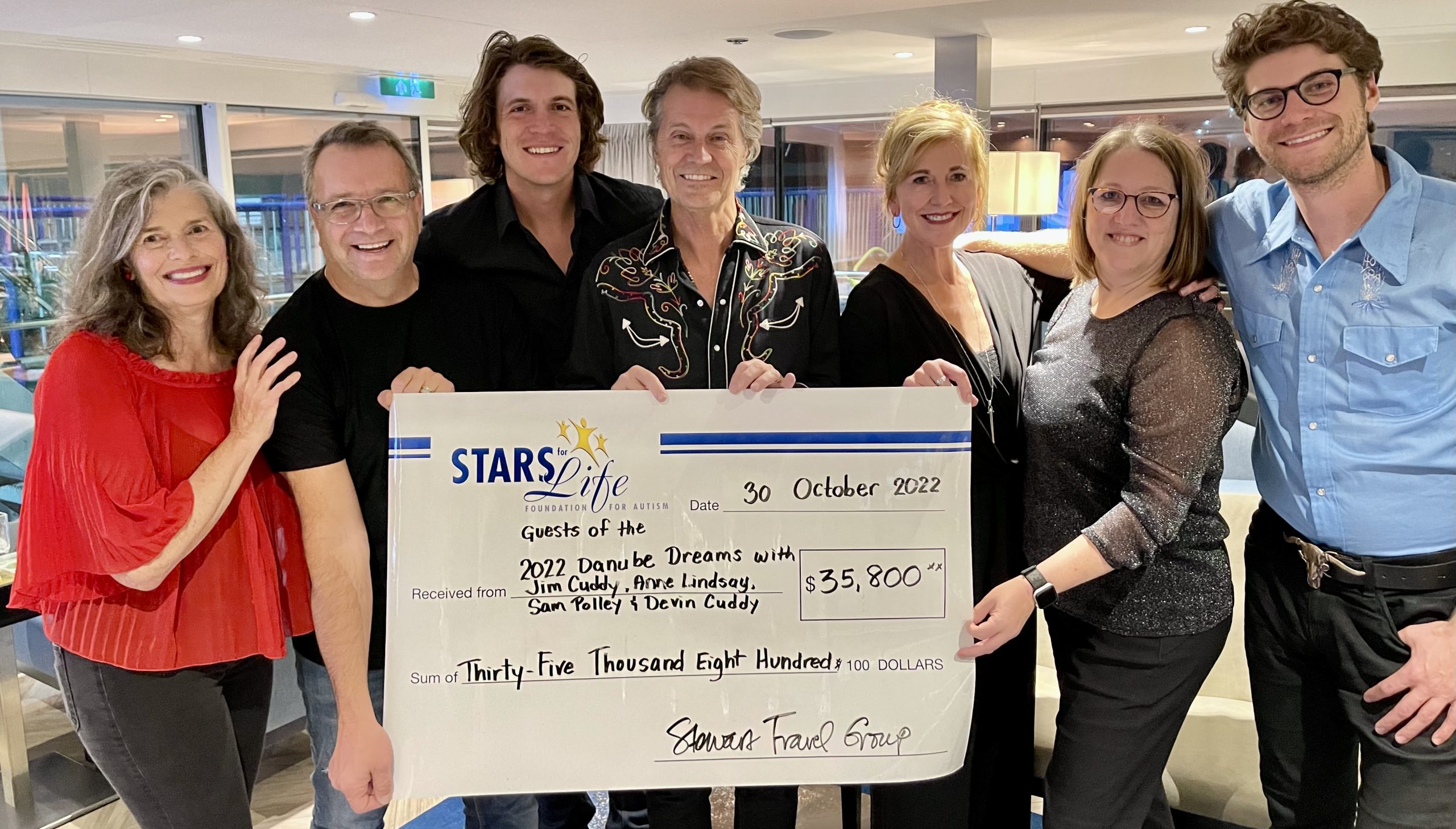